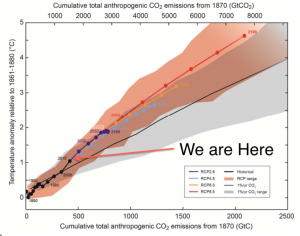 There are plenty of juicy plots to enthrall voters in the 2015 election.

We’re familiar with lots of these stories from previous years, some new, some old.

How do we get rid of Harper?  Will there be the first NDP Government ever? Is Justin Trudeau up for the job?  Don’t let them raise your taxes! Immigrants are out to get us! Should we legalize marijuana? What is a niquab? Etc.  Truly fascinating stuff, that’s all very good for TV.

In varying shades we’ve seen this all before:

Again we get to watch and enjoy all the hyper-partisan bayoneting, until it slowly drives us insane, and then we all head to the ballots and choose a new leader.

But you’d be wrong to think this is a normal election.

The world is changing.

Everyone seems to know that anthropogenic climate change is well underway.

We have seen all the symptoms at home and across the country.  This summer, wildfires ripped their way through Western Canada amidst record drought levels.

Municipalities, like our very own, appeared helpless as the taps ran dry and water faced severe rationing.

If you go outside and measure, the atmosphere reads a staggering 402 ppm CO2 concentration.

What this means is: by the time the next election cycle comes around, we’ll be at or near the 450 ppm international limit set for humanity to avoid ‘catastrophic climate change’.

Already, the wheels are in motion, and we’re not entirely sure how this turns out, but we have a very good idea.

The oceans are now rising by .5cm a year.  This is expected to increase, resulting in a 1-3m sea level rise by 2100, depending on which model you believe.

That is enough to make Florida disappear, along with a wide variety of heavily inhabited low-lying coastal metropolis’  turning into the lost cities of Atlantis.

We currently have 27 million climate change refugees in the world and that number is expected to grow to 250 million by 2050 (UNHCR).

Damages to the world economy are projected to exceed 400 trillion dollars.

However, in a nutshell, we’re actually there now.

One might fairly ask: how did we get here?  Who’s responsible for this?

The mechanics of climate change have been well understood since 1980, however there has been little to no reaction from the powers that be on this planet.

I’ve said this before in previous articles that the blame for anthropogenic climate change will be shared among many.

The dynamics of international relations will certainly be at play.

Corporate leaders will certainly take a large portion of the blame.

However, the governments and voters of the world’s largest GHG emitters will likely take most of the blame. 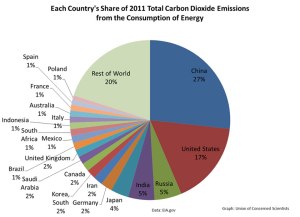 In Canada we’ve had 5 Liberal and 5 Conservative National governments since 1980.  Additionally, we’ve had 12 Provincial NDP governments.

Not one of these governments has taken the threat of climate change seriously.

In fact, we’ve never had a government meet a greenhouse gas emissions target yet.

And still, year after year, some madness gets us out in droves to vote for parties and leaders that cannot reckon with today’s existential crisis, which is clearly: anthropogenic climate change.

It’s as if it’s 1938, and we’re content to believe, again and again, that Neville Chamberlin can give us ‘peace in our time’.

As long as we employ ‘middle class’ economics and don’t vote for the other guy, we’ll be ok, right?

Even the prospect of 27 million climate change refugees is enough to bankrupt the world’s governments.

250 million refugees, as are projected, along with the various other climate change maladies, represents something that even the world’s strongest nations will be powerless against.

It’s a monumental reckoning to start to think in these terms.

This is the kind of stuff that makes dust out of empires.

Collectively, we need to start taking stock in our future.

And that begins by not voting for the ‘status-quo’ governments, around the world, that have failed to respond to this clear and present danger, repeatedly, year after year.

In each country the political dynamic is largely similar, although the names may vary:

Taken together, the Liberals, Social Democrats and Conservatives, will take the blame for not responding to climate change, for they have been in government through all of this time.

Expecting these status-quo parties to respond to climate change, is like trying to drive a car from New York to London: it’s a vehicle simply not built for the job.

These entities were only ever designed to fight elections against each other, and to compete in offering economic promises to voters.

We desperately need to re-tool our politics and remove these imposters from office.

The job of a ‘head of state’ is to respond to existential challenges on behalf of the populace, and they are simply not acting like heads of state any longer.

I foresee a future where these entities rightfully decline into obscurity, as the gross severity of their collective folly becomes fully evident.

Together, they’ve treated politics like a game, but it never was a game.

Their time is soon to be over, and that ending could not come soon enough.

17 thoughts on “The case to never again vote NDP, Liberal or Conservative, as long as you live.”