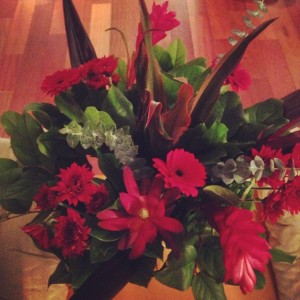 Well that was an amazing run!

To all my friends and supporters: thank you for believing we could do this, and for all chipping in to make it such an outstanding success!

When I got started on this campaign some time ago, I was warned by a close associate that running in a field stacked with incumbents and former councillors/mayors, that I had little chance of winning.  We designed my campaign accordingly, because I wasn’t prepared to go ‘half-way’ towards a council seat in Sechelt.

We consequently set out a campaign geared towards topping the polls, but we internally prepared ourselves for a far less favorable outcome.  After all, I was running against 2 former mayors, 4 incumbents, and many vastly more experienced councillors, totalling over 25 council terms distributed among them.

To have topped the polls in this environment, as a first time candidate, speaks to the outstanding quality of our campaign team.  We outworked our counterparts and it showed.  Through their diligent work, my campaign team gave me a chance to win.  Thankfully, at the ‘all candidates’ events, I did not let them down.

After every ‘all candidates’ event my campaign shifted gears, and gained speed.  Heading into the vote, we knew that our message was being well received and were hopeful for a positive outcome.

In the end, the people of Sechelt showed their overwhelming support for my candidacy.  2629 individuals (a district record) took the time out of their day to go cast a vote for me, and I am incredibly honoured by that show of support.

Over the next 4 years I intend to justify, fulfill, and exceed your expectations of my term.

Sechelt is now turning a corner, and we certainly don’t know everything that lies ahead.  But rest assured that we have an amazing team at the helm!

I am deeply honoured to be among those that you have chosen to help lead us through the years ahead!

Thank you all so much!

6 thoughts on “Thank you Sechelt voters!”