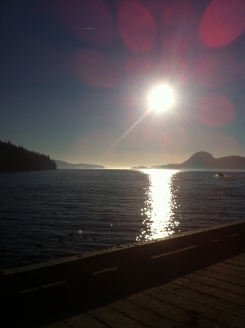 I’d like to start off my discussion on the voting patterns of ‘millennials’ with an anecdote.  I went into the pub this Friday past to celebrate a productive week with friends.  Immediately I had people coming up to me to talk politics and my run for Sechelt Council.  A discussion circle formed and people began sharing their points of view on our current situation, locally.

Once I’d had a chance to make a few points, one of the listeners spoke up:

It’s a common question I hear, and it’s a common situation.  Many ‘millennials’ have never voted in their ENTIRE lives.  The achievement of getting a millennial out to vote often bucks a life-long pattern of non-involvement and must be considered a major milestone.

I felt compelled to simplify the message and see if more can be done to explain not only how to vote, but most importantly, why.

Why does anybody vote?

The most basic answer is to avoid violent conflict.

Politics are the process by which competing interests agree upon rules aimed at avoiding the outbreak of hostilities.

The history of legal development is long and storied, so I’ll give only a brief summary, and how it relates to our current political situation.

The very first laws were ‘cessation of hostility agreements’ between warring parties: within villages, between principalities, and kingdoms.  The parties would agree upon conditions to stop the fighting, usually a ‘victor’s peace’.  Should either side break the agreement, a state of war would resume as a normal course of action.

By writing down an agreement, a period of peace could exist.  Without it, warfare was the norm, and generations of humans built difficult lives in constant conflict.

These peace agreements grew to encompass other parts of society.  As parts of peace treaties, different agreements on tribute (tax), military support, designation of authority etc, became standard, and the complexity of written agreements multiplied.

Today, it may seem that we are far removed from the dire necessity of politics to avoid warfare, but the truth is, it’s everywhere in our legal system, and continues to form the foundation of why we make political agreements at all levels of society today.

In Canada we currently live in the longest period of peace known in the history of the Western World.  In fact, I may be the first generation in my family tree to live without direct experience of warfare.  It’s easy for us ‘millennials’ to forget how we got here, so let’s remind ourselves.

Everybody seems to know that our ‘greatest generation’ (aged ~80 today) takes democracy very seriously.  This was the generation that was slaughtered in the millions, fighting fascism on the battlefields of Europe and the Pacific in WW2.  They know the value of a vote is more than a game of X’s and O’s: they paid with their lives to ensure we have basic democracy.

It should not be lost on anyone today that the current propensity for warfare has not diminished since the dark days of WW2.  War is more common today, and more deadly, than it has ever been.  We need to hear the lessons of the ‘greatest generation’ and protect our current standard of living by committing to political engagement.

The ‘baby boomers’ and voting

The ‘baby boomers’ had their own political awakening in the Vietnam and Cold War, and are the drivers of our current political reality.  They grew up under the threat of ‘mutually assured destruction’ in the context of a nuclear arms race between the worlds’ superpowers.

The ‘boomers’ also grew up in the ‘golden age’ of modernity, the most productive period of economic growth in world history.  GDP per capita rose at a steady rate for nearly 25 years without recession.

The economy was how this generation triumphed in the Cold War over communism (so the official narrative goes).  The boomers inherited large sums of money from their parents, started businesses, and prospered in a favorable economic environment.  Consequently, most decisions driven by ‘boomer voting’; are aimed towards protecting economic growth, personal wealth and the building of retirement incomes.

‘Millennials’ are by far the least frequent voters of any generation; their absence helps drive voter participation below 50% in most districts, and in most elections.  This pattern currently leaves us at the mercy of ‘boomer’ political interests.  No political parties will take us seriously, and likewise, will not craft policy to serve us.

Our lack of involvement is made worse because we’re at such a pivotal time in our lives.  We’re raising families, starting careers and businesses, buying homes: all without a voice in government.  This pattern is certain to continue until we find our way to the ballot boxes in large numbers.

We’re taxed more heavily with less entry level positions than the ‘boomers’ saw in their youth.  The economy has now largely been outsourced, de-regulated, financialized, privatized and globalized.  Taxation has been shifted from businesses to the individuals, and environmental protections have been stripped bare.

Who did this serve?  Answer: capital holders.

Decades of policies have now been crafted to improve the position of capital holders (by coincidence, mostly boomers).

As a consequence, the ‘millennials’ have been crowded out of the marketplace, and are facing a difficult time getting established in both careers and businesses.

For ‘millennials’, our politics have (so far) been constrained to the ‘boomer pattern’ due to our lack of numbers at the ballot boxes.  It’s a pattern of decision making that does not serve us, and consequently, we’re not interested in it.

We have lived our lives without a clear and present existential threat, and we have not yet begun to elucidate our own political reality.  My sense is, all that is about to change with the onset of the global climate crisis.

The initial movement towards greater millennial influence in politics will be seen when our generation begins to produce leaders capable of inspiring all generations.

More ground will be gained when we decide to vote, donate, lead and join political parties in large numbers.

The full flood of transition will occur when we readily accept and react to the existential threat of our time: the climate crisis.

All these changes are occurring in 2014, so in my humble opinion, we have plenty to be hopeful for!

2 thoughts on “Fellow ‘Millennials’: why we vote”